Ah-ha inklings in & around the maze

In 1995 I completed my first draft of THE HUNTING SEASON – a play about a family haunted by a Haitian’s mother’s premonition that her son would be hunted by police in America – just like elephants in African.

A few years later, THE HUNTING SEASON was produced as a public reading by NEW PERSPECTIVE THEATER.

Audiences were stunned by the scene I’ve shared with you below.  They asked if I was perhaps painting an outlandish depiction of the State Trooper who assaults the main character.

Rather than ask you “What do you think?” of this excerpt from my play,  I would like to ask, “How can we inspire a change of this mindset?  How do we eliminate perpetuators of this hatred from being on our police forces? What prayers have yet to be prayed that will stop the seemingly “sanctioned,” inhumane police actions against Black people in American?  American’s have been protesting for years…now what?”

STATE TROOPER: Nigger. Nigger. Nigger. Repeat after me. I am a nigger. I am a no good piece of shit nigger. Repeat after me. Pick him up. Did you hear me? Pick the nigger up. No fucking nigger is going to sell drugs in my town and think he can get away with it. You must think you’re something, playing all that nigger boom boom music, selling drugs and messing up our perfect country – On 4th of July! You disrespected my national’s holiday, boy. Our number one picnic day. You’re a crazy mother fucker you know that. I could kill you right here and no one would give a shit. You drug dealing piece of shit. Do you hear me, nigger? No one would give a shit. One less drug dealing nigger to pollute the fucking world.

Sound of a yip and a howl.

The State trooper spins around.

Reveal the face of a white werewolf with a long red beard.

STATE TROOPER: What?!? We’ve got the wrong guy?!? You fucking kidding me!?!

In his barely conscious state, Boukman makes a low rumbling noise as his head flops to the side – his face toward the State Trooper.

STATE TROOPER: Who you lookin’ at? Did I tell you to look at me, nigger. I am your worse nightmare nigger. A white man with a constitutional right to kill your sorry ass. But I won’t kill you. I’ll let you leave this precinct alive, seeing how it’s Independence Day, and all. I’m even going to take you to the hospital. Shit. Look at you. You’re bleeding like a fuckin pig. I’m going to have to go and get my fuckin shoes polished. Look at me when I talk to you, nigger. I’m going to take you to the hospital, and have them take care of that bleeding ass of yours. Don’t fuckin think you can go in there and blab off about what happened here. 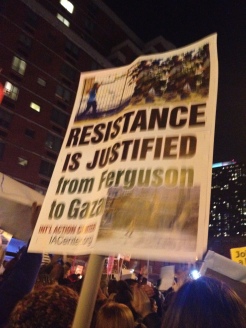 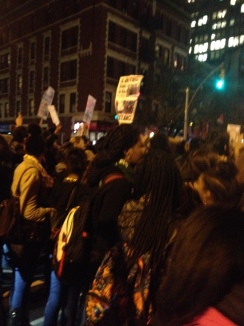 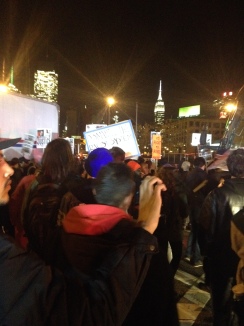